Federal Deregulation May be a Defense to Lawsuits

Federal Deregulation May be a Defense to Lawsuits 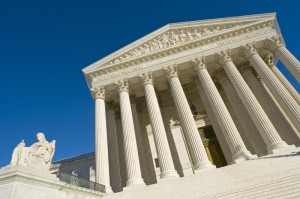 My law practice is primarily devot-ed to representing tow companies throughout the Midwest.

When I tell people that my focus is “tow law,” I get a lot of curious looks in response. There simply aren’t a lot of lawyers who (1) know such a field exists or (2) have any idea what this means. Frankly, when I first started practicing law, I didn’t either. This all changed for me in 2005 when I was introduced to my first tow client: Transmasters Tow in Lawrence, Kan.

The claims were serious. The attorney general demanded in excess of $220,000 in penalties and damages. Shortly after the action was filed, the local media picked up on the story and Transmasters became somewhat of a local celebrity for the wrong reasons. Transmasters’ reputation began to suffer despite the fact that they had, in my estimation, done nothing wrong.

My objective in this case was simple: find a defense and make it stick. I then began researching and happened upon the Interstate Commerce Commission Termination Act (ICCTA). The ICCTA is a powerful piece of legislation that pro-hibits a state or political subdivision from enacting or enforcing a law related to the price, route or service of any motor carrier, including tow trucks, with respect to the transfer of property. The language “related to” is interpreted quite broadly. A state or local regulation is related to the price, route or service of a motor carrier if the regulation has more than an indirect, remote or tenuous effect on the motor carrier’s prices or services.

Because most of the attorney general’s allegations involved consensual tows, we asked the trial court to dismiss the case. The first case we principally relied on was Ace Auto Body v. City of New York. In the Ace Auto Body case, members of the New York City tow truck industry challenged a New York City ordinance which regulated the towing industry by proscribing certain license, accident management and rate requirements. The City ultimately conceded that the ICCTA preempted the portions of the ordinance that related to consensual tows.

We also relied on the Whitten v. Vehicle Removal Group case. In Whitten, a vehicle was towed from an apartment complex while the owner was out of town. The vehicle owner sued the tow company under various theories, including a claim for damages under the state consumer protection act. The Whitten court ultimately concluded that the vehicle owner’s claims were preempted by the ICCTA.

It was obvious that the attorney general had not considered the ICCTA before filing the action. The attorney general primarily alleged that Transmasters had overcharged during consensual tows, which are squarely within the ambit of the ICCTA. Furthermore, none of the allegations involved safety. Though a few of the tows were non-consensual, the attorney general’s claims were not related to setting a maximum price. The trial court ultimately dismissed the action. After a lengthy battle on appeal, the matter ultimately settled for the whopping sum of $366.73, a far cry from the $220,000 originally sought.

Though the result was favorable for Transmasters, the negative media attention was damaging. Because of the reports of overcharging, Transmasters’ business began to suffer even though they had done nothing wrong. Fortunately, several years later, I am happy to report that Transmasters is still alive and well.

The Transmasters case was educational for me for several reasons. I was exposed to the inner-workings of the tow industry, which has served me well to this day. Because of the good result, I was also introduced to several other tow operators in the area, which has ultimately resulted in my practice being substantially devoted to issues particular to the tow industry. Finally, I realized the importance and power of the ICCTA. If a tower has been sued for tow practices, the ICCTA is something that must be considered and may provide you with a defense.