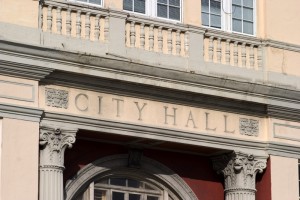 In the May 2006 issue of Tow Times, attorney Michael McGovern looked into his crystal ball and saw the “Future of Freeway Towing” in describing the SAFEClear towing system of Houston, Texas. SAFEClear is a program wherein licensed tow contractors are dispatched by the City of Houston to tow vehicles from the public highway in an effort to reduce congestion and increase safety. Licensed tow contractors are then paid a set fee by the City for their services. Though SAFEClear caused great controversy and several tow companies challenged the legality of the program, SAFEClear remains alive and well in Houston.

Recently, several major cities across the country have followed Houston’s example and instituted comprehensive regulations of police-initiated towing in efforts to promote safety. However, there is one stark difference between the future envisioned by Mr. McGovern and the reality facing towers in cities across the country including my hometown of Kansas City, Mo. Instead of each city regulating tow companies alone (like Houston), cities have enlisted the service of a private tow dispatching company to supervise and dispatch local tow communities.

Though the reception of privatized dispatching has been mixed, one thing is for certain: the combination of corporate America with local municipalities creates a novel legal situation for towers (and tow lawyers).

A bit of history is necessary. Prior to 2012, police towing in Kansas City was dominated by wreck chasing. Within minutes of a police officer hitting the airwaves describing an accident, hordes of tow operators listening to police scanners descended on the scene with hopes of being selected to tow the vehicle. Even though anti-wreck chasing ordinances have been on the books for years, these ordinances were never enforced by local law enforcement. In fact, the local government didn’t seem to mind the wreck chasing. After all, if nothing else, wreck chasing does quickly clear accident scenes from the roadway.

However, the wreck chasing eventually led to excessive charges by tow operators, which drew the ire of the City and the citizens. Kansas City responded by passing a new ordinance that required tow companies responding to police calls to have a city license, which can and will be revoked for illegal activities and excessive charges. Along with the new license, a directive was sent out to all tow companies and law enforcement that wreck chasing would no longer be tolerated.

Meanwhile, along with the new tow license requirement, Kansas City also contracted with a private tow dispatch company to dispatch all police calls. Thus, a company wanting to receive police calls must have both a city license and also a subcontract with the dispatch company. In Kansas City, a company cannot have one without the other. Thus, the line between private business and city government has been remarkably blurred.

In Kansas City, once a towing company is added to the dispatch company’s network, the company monitors the location of the eligible drivers using cell phone-based GPS. When a police tow is requested, police officers call the dispatch company, which in turn dispatches the geographically closest network tower to the scene via text message. In order to guarantee fast response times, contractors are encouraged to line up and “stage” near accident scenes to wait to be texted.

In my estimation, “staging” and “wreck chasing” share much in common. Both processes involve tow operators waiting near accident scenes in hopes of being selected to perform the tow. The major difference is that if a tower who is not a member of the network attempts to stage, it is still called “wreck chasing” and the offending tower is often prosecuted accordingly.

With all of the aforementioned changes, the landscape of towing in Kansas City has been radically altered. Many companies who survived exclusively on wreck chasing have essentially been put out of business. Through it all, privatized tow dispatching seems to be becoming a permanent fixture in the local towing community, while other major, prospective cities are being courted to follow suit. And tow companies in prospective cities are being advised to join the network early or suffer the consequences of being left out because, as Mr. McGovern predicted in 2006, the future is here.