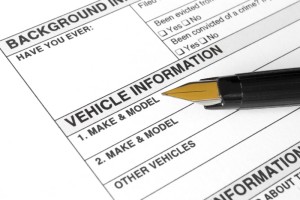 I represent quite a few towers in the Kansas City area. A substantial portion of these cases involve disputes over vehicles towed from private property without the vehicle owner’s consent. The typical situation involves a vehicle owner attempting to park their car in an area where parking is a premi- um. Eventually, the owner will happen upon a parking lot where unauthorized parking is prohibited. The owner, either oblivious of this fact or willing to run the risk, parks his/her car only to return and find the vehicle was towed.

A recent Kansas case, CitiFinancial Auto Inc. v. Mike’s Wrecker Service, illus- trated all of these competing rights. In this case, CitiFinancial financed the pur- chase of a Ford Mustang for a resident of Nevada in 2005. In January of 2006, the Mustang was found seemingly aban- doned in Manhattan, Kansas, devoid of any license plates and other identifying information. The police cited it for illegal parking and then asked Mike’s Wrecker Service, a local tow company, to remove it. Mike’s obliged.

Kansas has a series of dated, and oftentimes confusing, statutes that protect a tower’s right to place a lien on a vehicle in these types of situa- tions. Pursuant to the plain language of the statutes, Mike’s submitted a request to the State for verification of the Mustang’s last registered owner and lienholders. The State reported that no records were found. Specifically, the State offered no infor- mation concerning CitiFinancial’s financing of the vehicle.

Mike’s then diligently followed the lien statutes and published notice of its intent to publicly auction the vehicle. On February 21, 2006, when no other bidders showed up, Mike’s purchased the vehicle. On March 9, 2006, the State of Kansas issued a title for the vehicle to Mike’s. On April 1, 2006, Mike’s sold the Mustang to a local buyer.

Mike’s argument was simple: what more can a tower do? After all, Mike’s followed the applicable laws to the letter. Mike’s requested the required verification from the State. When theState indicated that it had no informa-tion concerning the vehicle, Mike’s auctioned the vehicle in the manner provided by Kansas law.

CitiFinancial, however, claimed that if they can locate the vehicle in Kansas using a simple Carfax report, why shouldn’t Mike’s be required to run a Carfax report that would have, in CitiFinancial’s opinion, revealed that the Mustang originated in Nevada? Unfortunately, the District Court bought CitiFinancial’s argument and held that a tower must use some “reasonable effort” to find a vehicle owner, despite the fact that applicable statutes explicitly state what a tower must do to perfect its lien.

Though the Court of Appeals reversed the finding of the District Court, the message is clear: a tower may be required to go above and beyond the requirements of the applicable laws to locate the rightful owner of a vehicle in the tower’s possession. In fact, a previous Kansas case, Sells v. Muncy Salvage, held a tow operator liable for converting (or stealing) a vehicle because the tow operator ignored an abundance of identifying information despite the fact that the tower had attempted to comply with the local lien law.

So what’s a tower to do? I advise my clients that the safest route is to make reasonable efforts to locate the owner of a vehicle and to carefully document these efforts. Certainly, if identifying information is available, it would be wise for a tower to use this information to locate the owner. After all, private property tows are often a high risk/high reward part of the business. Any efforts a tower makes will likely help their cause.